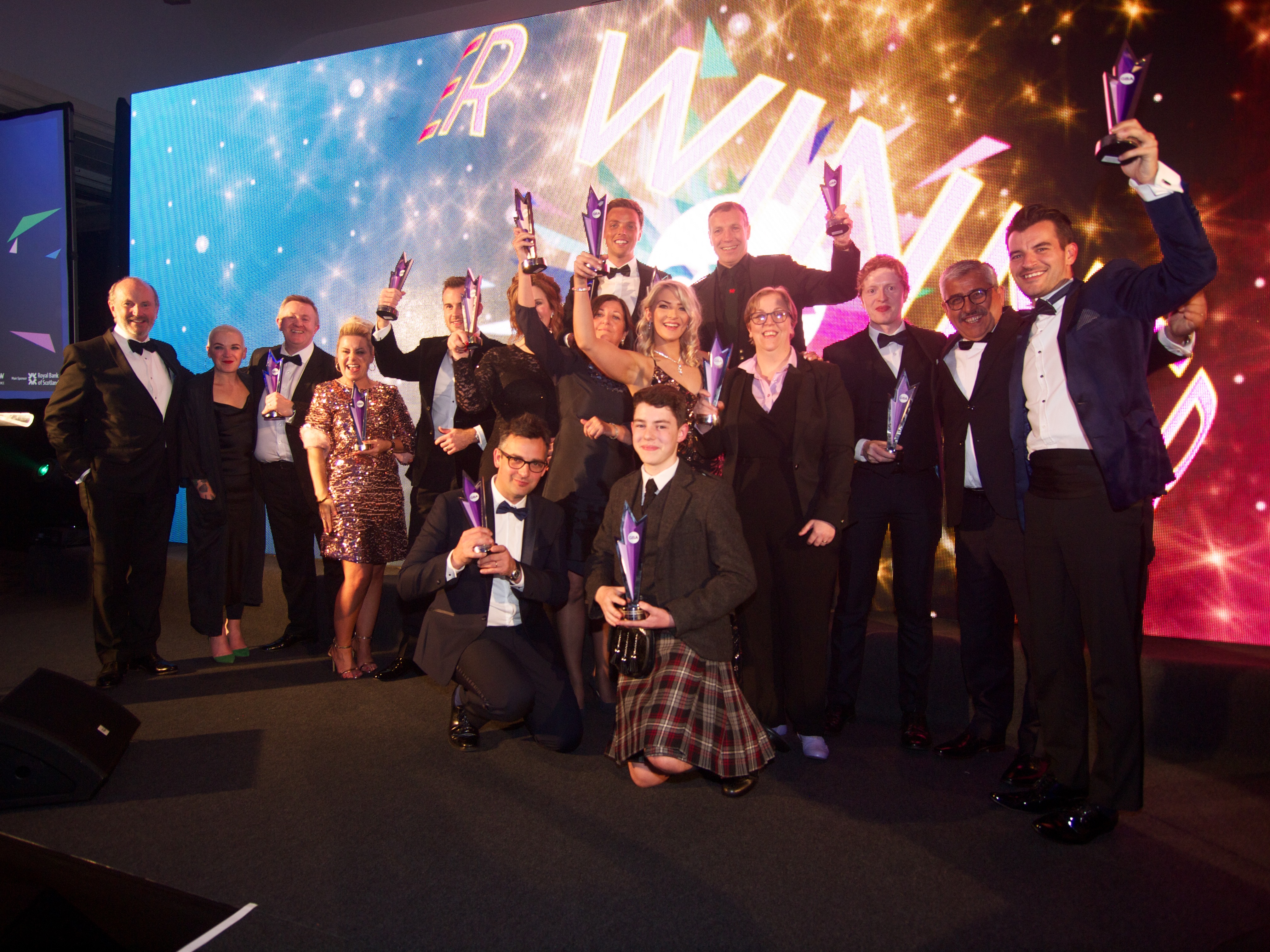 Vehicle engineering firm Allied Vehicles Group has been crowned Most Outstanding Business at the 22nd annual Glasgow Business Awards – the most prestigious accolade of the night.

The company, which has an annual turnover of £139m and employs over 680 people, was chosen as the winner against competition from 57 other businesses across a wide variety of sectors.

The Glasgow-based company also won Family Business of the Year and Best Performing Large Business after going head to head with five other businesses in each category.

The Royal Bank of Scotland returned as headline sponsor for the third year, while comedian Fred MacAulay compered the event which took place at the Doubletree by Hilton Glasgow Central, with a total of 16 awards presented in front of 600 guests.

The awards champion the major achievements and innovations of the city’s business community through 13 hotly contested awards, in addition to a public vote for Glasgow’s Favourite Business, sponsored by the Evening Times.

This year, Glaswegians voted SWG3 as their favourite against strong competition from Loganair, Scottish Ballet, The SSE Hydro, Battlefield Rest and Eusebi Deli.

Premiership Experience and Silver Cloud both claimed two wins for Entrepreneur of the Year and International Trade, and Best Performing Small-Medium Business and Young Business Leader of the Year, respectively.

The awards, which have a rich history, commenced in 1997 when they were held in the then Thistle Hotel, to an audience of around 250 people.

Since then, the awards have grown significantly to become the champion of major achievements and business success in the city, and the ‘must have’ for the business community.

Richard Muir, Deputy Chief Executive of Glasgow Chamber of Commerce, said: “A massive congratulations to each of the winners, particularly Allied Vehicles on winning the Most Outstanding Business award, a highly deserved accolade.

“As always, it’s been great to celebrate another round of tremendous achievements which have taken place across the city’s business community and we’re thrilled to have welcomed so many new faces in our 22nd year.

“Thank you to Royal Bank of Scotland for another year as our headline sponsor, to each of our category sponsors, and to the Herald for joining us as media partners.

“At a time of uncertainty, it’s fantastic to take time to look back at the successes of the last year. We’ve seen incredible initiatives, exceptional growth and international success across entries from each of the categories, underpinning Glasgow’s business community as one that is thriving and diverse.”

Malcolm Buchanan, Chair, Scotland Board, Royal Bank of Scotland, said: “The Glasgow Business Awards consistently inspires and delights, and this year was no exception.

“Congratulations to this evening’s winners, all illustrate the quality, depth and diversity of businesses who make this city their home, and each individually show the impact individuals and organisations here in the West of Scotland make domestically and internationally.

“This is the third year that Royal Bank of Scotland has partnered the Glasgow Business Awards and we are delighted to have been part of an event which truly celebrates the best that Scottish business has to offer.”

Entrepreneur of the Year
sponsored by Wright, Johnston & Mackenzie LLP

Family Business of the Year
sponsored by Get Living

Fair Work (51 employees or over)
sponsored by Glasgow City Council

Royal Bank of Scotland Award for Most Outstanding Business